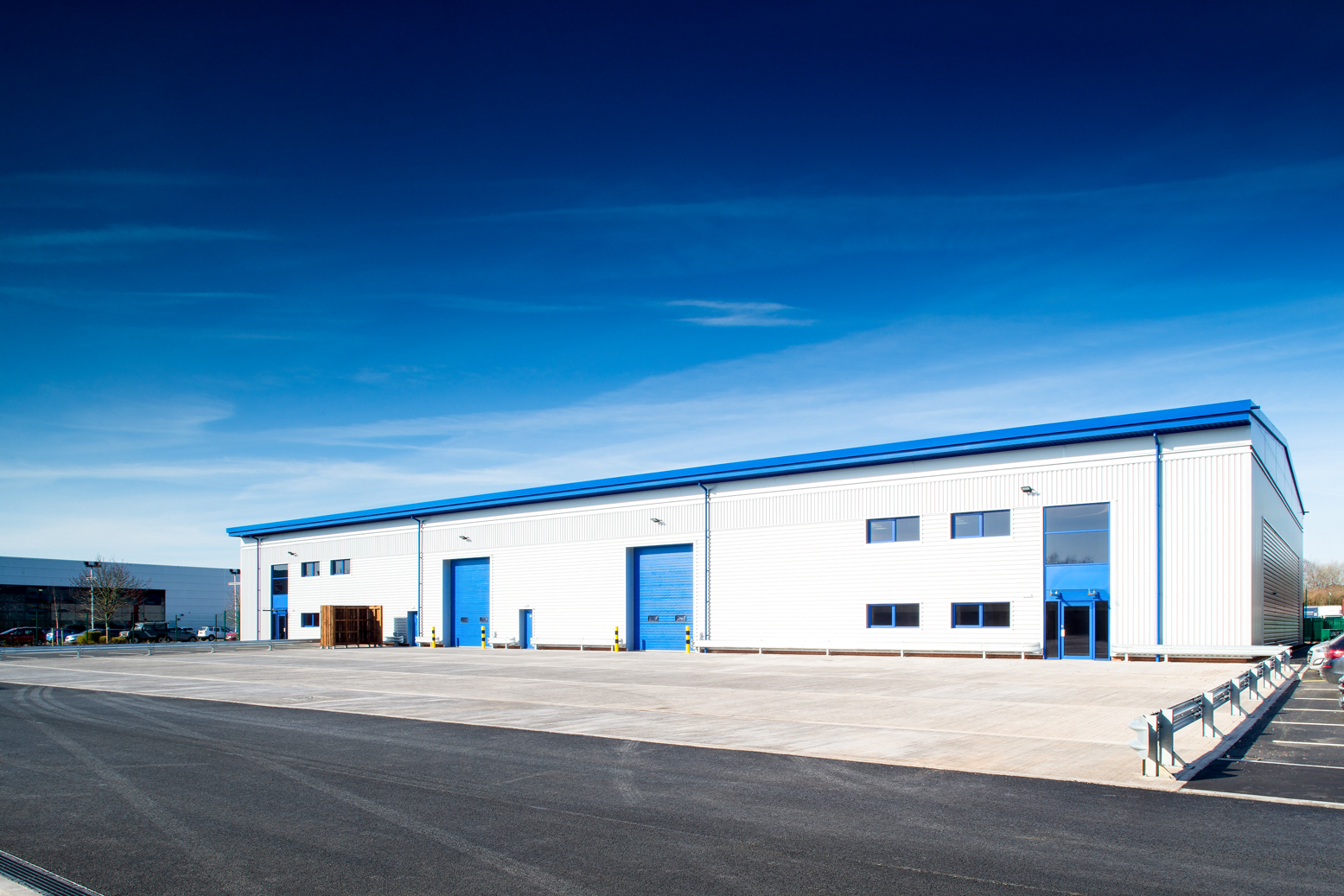 A hat-trick of deals announced this week means that all six industrial units on a multi -million pound speculative development in the West Midlands have been snapped up by businesses relocating or expanding their operations.

Commercial property company Goold Estates has announced that Steelpark Trading Estate, at Wednesfield near Wolverhampton, is now full after deals were completed for the final three units.

Demand for industrial and warehouse units in the region is so high that Goold Estates has been able to agree improved rents and lease terms with two companies moving into units three and four.

A third unit has been acquired by a private investor for £1.4 million after bids from several firms pushed the price above the expected level.

Dominic Goold, director of West Midlands-based Goold Estates, said: “Steelpark is a high-quality development with great transport connections so we were confident from the start that there would be strong demand in the market for the units.

“It is very satisfying to see all the units now let or sold within just a few months of practical completion. Strong demand for quality units like these has meant we were able to negotiate RPI-linked rents increasing from £6.70 per sq ft to £7.20 per sq ft, supported by long term leases, on units two, three and four. I am delighted to have achieved inflation-proof deals to such strong covenants.”

Zurich Insurance Group has agreed a 15-year lease on the 11,514 sq ft unit three. Unit four, which is 12,290 sq ft, has been let to Cooper Coated Coil on a 15-year lease. Agents Bulleys handled enquiries for the 14,818 sq ft unit six and negotiated a sale price of £1.4 million with a private investor. Colliers were joint agents.

James Bird, of Bulleys, said: “There was very strong demand for the units across the Steelpark scheme. In fact, we could have sold unit six to three different parties which shows the level of demand in good quality units of this size.”

Earlier this year a 19,060 sq ft unit was purchased for £1.78 million by a private investor. It has been let at £6.70 per sq ft to CS Labels, one of the largest manufacturers of digital printed labels in Europe. A leading stockholder of engineering metals and plastics also signed a 10-year lease on a 11,470 sq ft unit.

Last year it was announced that Kinetrol Ltd, manufacturers of rotary pneumatic actuators, had acquired a 7,754 sq ft unit at Steelpark for an undisclosed sum. Steelpark Trading Estate provides easy access to the motorway network, being just 4.6 miles west of J10 M6 and four miles south of J1 M54.